We are happy to announce the release of final version 2.9 of the Calligra Suite, Calligra Active and the Calligra Office Engine. This version is the result of thousands of changes which provide new features, polishing of the user experience and bug fixes.

What’s in the Box?

The 2.9 release is so far the biggest release for Krita, the award-winning free and open source digital painting application. Eleven out of twelve of the features were requested by users and funded by Krita’s first Kickstarter action and the twelfth feature will come in 2.9.1! 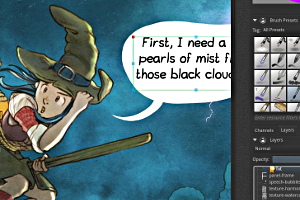 Professional artwork by David Revoy made with Krita (http://www.peppercarrot.com)[/caption]

The debut of Calligra Gemini, a novel mix of a traditional desktop app and a touch-friendly tablet app.
It encases Calligra’s word processor and presentation apps. (details) 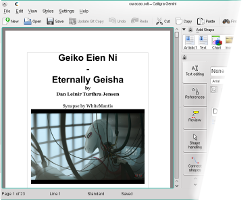 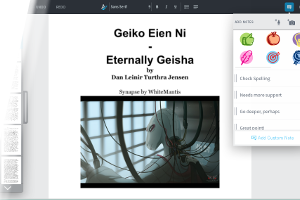 Kexi, visual data-oriented apps builder received over 150 improvements that make it extra stable and easy to use. 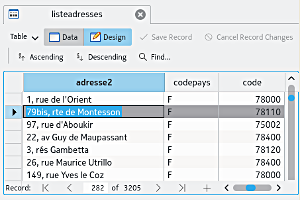 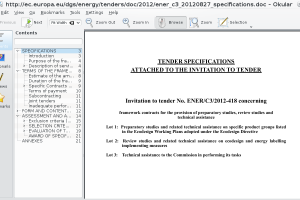 Dozens of general improvements in common Calligra features as well as Calligra Sheets, Words are present in the 2.9 series. For details jump to the Beta 1, Beta 2 and Beta 3 change logs.

The source code of the release is available for download here: calligra-2.9.0.tar.xz. Also translations to many languages and MD5 sums. Alternatively, you can download binaries for many Linux distributions and for Windows.

What’s Next and How to Help?

You can meet us to share your thoughts or offer your support on general Calligra forums or dedicated to Kexi or Krita. Many improvements are only possible thanks to the fact that we’re working together within the awesome community.

(Some Calligra apps need new maintainers, you can become one, it’s fun!)

How and Why to Support Calligra?

Calligra apps may be totally free, but their development is costly. Power, hardware, office space, internet access, traveling for meetings - everything costs. Direct donation is the easiest and fastest way to efficiently support your favourite applications. Everyone, regardless of any degree of involvement can do so. You can choose to:

Support entire Calligra indirectly by donating to KDE, the parent organization and community of Calligra: http://www.kde.org/community/donations.

Support Kexi directly by donating to its current BountySource fundraiser, supporting development of a specific feature, or the team in general: https://www.bountysource.com/teams/kexi.

Calligra Suite is a graphic art and office suite developed by the KDE community. It is available for desktop PCs, tablet computers and smartphones. It contains applications for word processing, spreadsheets, presentation, databases, vector graphics and digital painting. For more information visit calligra.org.

KDE is an international technology team that creates free and open source software for desktop and portable computing. Among KDE’s products are a modern desktop system for Linux and UNIX platforms, comprehensive office productivity and groupware suites and hundreds of software titles in many categories including Internet, multimedia, entertainment, education, graphics and software development. KDE’s software available in more than 60 languages on Linux, BSD, Solaris, Windows and Mac OS X.